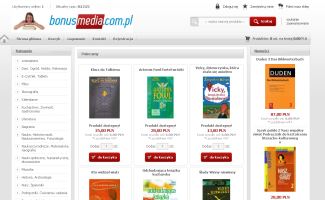 Alexander Porfireyevich Borodin was the illegitimate son of a prince and his mistress, educated at home in St Petersburg by his mother. Although music was an early passion, he discovered his avocation once he matriculated at the city's Medical-Surgical Academy. A chemist he became, and a good one, though not without his extra-curricular enthusiasms: the head of department once admonished him thus, mid-lecture: 'Mr Borodin, busy yourself a little less with songs. I'm putting all my hopes in you as my successor, but all you think of is music: you can't hunt two hares at the same time.'Fortunately for us, Borodin was happy to ignore his professor. We have left to us a small, eccentrically proportioned body of work which acknowledges the learnt influence of Wagner and Chopin in their respective fields while nonetheless cultivating a personal and nationally inflected voice that was principally nurtured by his fellow member of 'The Mighty Handful', Mily Balakirev. That voice was first cultivated in abstract orchestral works, which met with mixed acclaim, but the Second Symphony is one of the most popular Russian works of its kind; perhaps less well known these days than half a century ago, but full of Borodin's trademark, lyrical melodies, bending towards a wistfulness and melancholy that never threatens to break into outright hysteria unlike the work of his contemporary Tchaikovsky.Songs and chamber music are barely known outside his home country, but they are worth discovering, as this unique edition will quickly reveal. And then there's his sprawling, unfinished masterpiece: Prince Igor, work of almost two decades, completed and partly orchestrated by Rimsky-Korsakov and Glazunov, the brainchild of the Mighty Handful's christener, Vladimir Stasov.This chronicle of a bloody but exuberant period in Russian history makes the most of Borodin's fascination with Russia's outposts, in music of 'oriental' flavour that survives in popular recognition through the bounding energy of the Polovtsian Dances.Other information:- The only serious Borodin Collection in the market.- The set (near complete) presents the 3 symphonies, the complete chamber music, songs, the complete piano music and the famous opera Prince Igor.- Featuring performances by Alexander Mndoiantz, Moscow String Quartet, Alexander Gotthelf, Moscow Trio, Marco Rapetti, Marianna Tarassova and the great Nikolai Ghiaurov in Prince Igor....